You are here: Home / Instructors 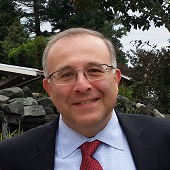 Since 1997, Dr. Safarian has been involved in ensuring safety of the existing fleet and certification of new airplane models, such as 747-8, 787 and 777-9, 737MAX and A350 at Federal Aviation Administration (FAA). His involvement includes new rulemaking activities, including Parts 25 and 26, plus preparation of the advisory circulars and training material for metallic and composite material structures. Prior to FAA Patrick was employed at the Boeing Company for eleven years as a stress analyst. During that time, he contributed to development of methods and allowables for fatigue and damage tolerance standards for stress engineers. He also performed analytical and computational stress analyses of highly complex structures, including failure analysis in support of airplane design, in-service problems and accident investigations.

Patrick received his BSME from Northrop University in 1983, MSME from California State University, Fullerton, in 1985, and completed his PhD work in Mechanical Engineering at University of California, Davis, in 1987. In June 2004 he completed his Doctorate in Theological studies at Bakke Graduate School. Patrick has taught damage tolerance and advance engineering mathematics courses while at Boeing for over ten years. He has been teaching post-graduate engineering courses in the fields of fatigue, fracture mechanics, finite element analysis and composite material at University of Washington and Central Washington University since 1998. He has been teaching two courses in fatigue and damage tolerance to the industry since 2008. He has also offered the industry courses in finite element methods and applications since 2017. Patrick is married to Annette and they have two children, Natasha and Christopher.

Dr. Safarian interacts constantly with the industry experts in developing and application of the latest simulations tools and provides key guidance to aviation industry in analyzing metallic and composite material structures.

Brandon Chapman is a Structural Analyst in the Structural Damage Technology (SDT) group of Boeing Commercial Airplanes. He is primarily involved in the development of durability and damage tolerance analysis methods and allowables. Brandon received his B.S. (Astronomy & Physics, 1996), M.S. (Physics, 1998) and Ph.D. (Physics, 2003) all from the University of Washington. His doctoral work was in the field of experimental condensed matter physics, where he studied structural phase transitions in ferroelectric materials. During his graduate studies, Brandon helped develop experimental beamline facilities at the Advanced Photon Source at Argonne National Laboratory. Prior to his employment at the Boeing Company in 2006, he worked as a research scientist at Brookhaven National Laboratory, at the National Synchrotron Light Source facility. In 2010, Brandon earned a Master of Aerospace Engineering in Composite Materials and Structures (MAE-CMS) from the University of Washington. Brandon has published numerous papers in Science, Physical Review, Journal of Applied Physics, Journal of Crystal Growth, Environmental Science and Technology, and Chemistry of Materials. Brandon and his wife Molly are the proud parents of two boys, Benjamin and Samuel. 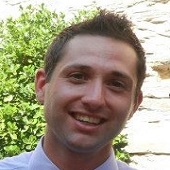 Francesco Deleo is a Doctoral Candidate in the Department of Aeronautics & Astronautics at the University of Washington (UWAA) in Seattle under the supervision of Prof. Holsapple. Since 2012 Francesco has been teaching Aircraft Structures AA332, Finite Element Analysis AA430 and Composites AA432 in the UWAA department. In addition, Francesco is also a full- time Core Design Stress Analysis Engineer at TerraPower (nuclear engineering). The job tasks include the development and application of computer codes and methods (mostly FE based) to analyze the mechanical performance of various reactor core components, reactor structures and nuclear island components. Prior to that, Francesco worked as a lead stress engineer at Greenpoint Technologies from 2012 to 2014. Since January 2009 Francesco has been assisting Dr. Safarian in teaching a metal fatigue and fracture mechanics course, both at University of Washington and privately. From 2007 to 2011, Francesco has served as a teaching assistant for several graduate level courses: Integrity of Metallic Aircraft Structures, Finite Element Analysis and Integrity of Composite Aircraft Structures. He worked at the Automobili Lamborghini Advanced Composite Structures Laboratory (ACSL) from 2005 to January 2011, and he was the lead analyst of the group. He was responsible for supervising all dynamic simulations, including crash and ballistic analyses. He was also the focal for technical research between the lab at UW and Lamborghini. Francesco has received his Bachelor of Science and Master of Science from the University of Washington. He is co-author of five journal publications and presented at several conferences.